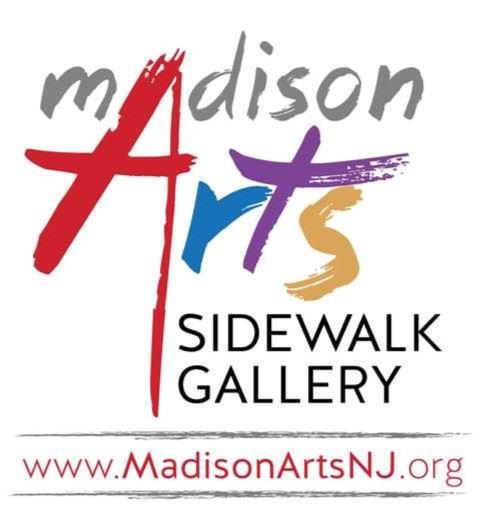 This summer, downtown Madison is once again surrounded by color and movement as nine vibrant and creative banners have been installed on lightposts above Main Street and Waverly Place. First conceived in 2013, The Sidewalk Gallery & Banner Installation, a public art project and exhibition, is a collaborative partnership between

This project integrates the arts into the lives of all Madison's residents, business owners and visitors. Each of the talented New Jersey artists has lent their creative energy to the project and these beautiful works of art will be exhibited throughout the streets of downtown Madison over the summer.


The banners will be on display through the fall and a public art auction will take place on Friday, December 14, 2018 where everyone will have the opportunity to bid on and purchase an original piece of art. More information about the auction will be forthcoming.

Working together, the DDC and MACA have forged a partnership that focuses on creating community space, encouraging people to enjoy the beauty and interest that art provides.  Placed in public sites, this art is there for everyone, a form of collective community expression and a colorful and beautiful way to enhance our vibrant downtown.

The Madison Art & Culture Alliance (MACA), is a 501 (c) 3 non-profit coalition of arts organizations, cultural institutions, historic societies, colleagues, and friends, dedicated to encouraging collaborations among the wide-ranging cultural offerings in Madison. Their ongoing mission is to help strengthen our community through arts participation, recognizing that Madison, New Jersey is a town with rich and diverse cultural activities.

The Downtown Development Commission (DDC) was initiated by Mayor Elizabeth Baumgartner and the Borough Council in October of 1981, following a study by Projects for Public Space, funded through a Dodge Foundation Grant. The DDC is focused on coordinating redevelopment activities in the downtown district to foster a closer working relationship between all segments of the Madison community. The group works closely with the Chamber of Commerce, Historic Preservation Commission, Madison Arts & Culture Alliance, and other groups to enhance the beauty and ambiance of Madison’s shopping areas.

The Hartley Dodge Memorial Building is located at 50 Kings Road (opposite the Madison Train Station). For more information you can contact us at info@madisonartsnj.org or ddc@rosenet.org

Check out this years artwork!

Cory Bohner is a multidisciplinary fine artist living and working in Morristown, NJ. Cory graduated from Flagler College in St. Augustine, FL with a BFA in Graphic Design and a minor in Fine Art.

Cory’s watercolor paintings are inspired by the intricate details found in architecture, vintage cars and sea creatures, while his acrylic paintings draw inspiration from abstract expressionism.

Christopher Charles Kappmeier was born in Jersey City, New Jersey and raised in Maywood, New Jersey. He has been painting or drawing in one form or another as far back as he can remember.

Kappmeier is a Fine Art graduate of The Newark School of Fine and Industrial Art, which sparked his passion for open-air painting. After postgraduate courses, Kappmeier traveled throughout Italy and England painting whatever inspired him along the way. Kappmeier has also worked as a silkscreen and gold leaf printer.

Beth Layne offers calming designs through the use of color. When painting, her intention is to explore the flow of all emotions because they relate to one another: sadness, happiness, anger, joy, grief, excitement, and courage.

Scott Lukacs, a lifelong New Jersey resident, born in Newark and raised in Berkeley Heights and currently resides in Morristown. Throughout his youth, Scott could most often be found engaged in creative pursuits. Cultivating his passion, Lukacs graduated Fairleigh Dickinson University with a B.A. in Fine Arts, honing his craft he went onto receive his M.F.A. in Computer Graphics from New York’s School of Visual Arts...Branching out from pop culture imagery, recent works include landscape paintings and highly stylized digital photographs; experimenting  with several mediums through the years, but acrylics tend to be his most preferred medium. His work has evolved through his own personal experience and his friendship with other working artists. He strives to improve his craft with each canvas he paints.

His work has been featured in a one person show at Gallery 319 in Los Angeles, CA and in group shows throughout the NY/NJ Metropolitan area.

Dani Pietrowski studied visual art and design in high school and college. Starting at TSC (now The College of NJ) as an art major she later switched to Theater. She has continued to design sets, serve as a scenic charge, create stage properties, puppets, masks and to craft works from found objects through-out her career. Her prop master jobs have required her to create handmade books that appear to brand new from the time period of the stories, as well as to re-create art ranging from modern sculpture (for the set of Social Security) to soft sculptured poultry for A Christmas Carol. . Some of her pieces include Dr. Seuss inspired sets and props for Seussical the Musical, and lots of fake food – from ‘edible’ fake sushi (Loose Knit) and sculpted hors d’oeuvres for Plaza Suite and she once conceived and then helped to create an entire Christmas pageant entirely in puppets (large elaborate ones made by her and dozens of small ones she taught the church school students how to make). She often teases that she has painted more rocks than there are in a mountain, and painted enough wood to look ‘like wood’ to make a forest! Her latest works include a possible ‘Jackson Pollock’ painting for Bakersfield Mist, and a huge political cartoon on wood for Newsies and weapons and stage props from reclaimed materials for a full production of Pippin that she directed for the Borough of Madison /Writers Theatre’s Summer Youth Musical.

Dennis McKee was born in St. Louis, Missouri.  After working in commercial art for several years, Dennis moved to California in 1973, attracted by the diversity of the landscape, climate and features of the natural world. In California Dennis had immediate access to the seashore, mountains, deserts, farmland, and urban environments, all serving to stimulate and inspire his work.

Since relocating to Madison, NJ in 2010, Dennis has pursued a self-directed art career, reading and studying fine art and completing various workshops.  He has been selected to participate in the annual “Publisher’s Invitational” week-long fine art painting workshops in the Adirondack Mountains of New York. He was most recently accepted to participate in the newest "Publishers Invitational" workshop in Acadia National Park in Maine in the fall of 2015.

Much of Dennis inspiration comes directly from nature. Painting outdoors "en plein air" allows him to experience the full range of colors that nature offers. Oil is his preferred medium. “Broad, bold brushstrokes are the hallmark of Dennis’ style, with colors sometimes exaggerated and shapes simplified to most effectively engage his audiences. “My experience and vision have led me to strive for an intense emotional interpretation of my subjects, most of which derive from nature,” he said.

Trained in all the humanities from Semiotics to Folklore at Hobart & William Smith, Leslie moved to an art career in Media Arts after studying illustration and graphic design at The School of Visual Arts. This eventually led into the 3rd dimension with Industrial Design studies at Kean University. Working on toys, household goods, health and pets to present new ideas to the market, Leslie also gives back to the community as a certified Art Teacher teaching classic art as well as design and invention and STEAM topics.

Sally aims to capture a moment of light in each of her paintings, and to make work that is gestural and immediate. She is perpetually challenged by new subjects and palettes, finding emotional energy in interiors and comfort in the landscape.

Some of Sally’s favorite moments working en plein air have been in familiar spots throughout the Berkshires. Whether in her car, on her bike, or on foot, she travels with a Winsor and Newton field box of watercolors, and a small notebook.

While living in New Jersey over the past fifteen years, Sally has participated in many juried exhibitions and a few of her own shows. She is a Signature Member of the Pastel Society of New Jersey and received Best in Show in 2017.

She has a bachelor’s degree in studio art from Connecticut College, and has worked in architecture firms and art galleries. Sally teaches art workshops for youth in her community and co-curates monthly exhibitions at the independent bookstore in her year-round hometown of Madison, New Jersey.