Chief of the Department: 2022-Present 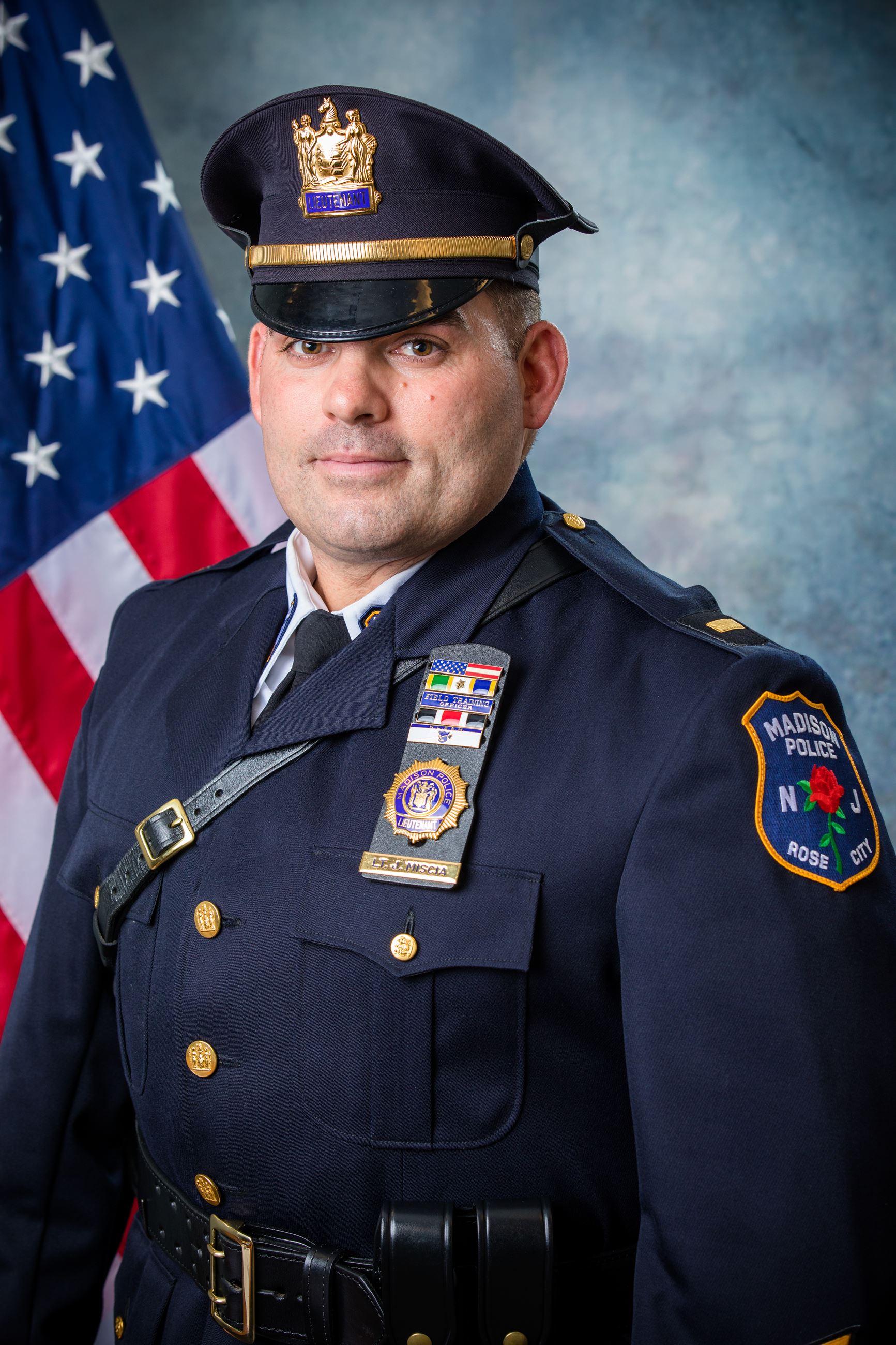 Chief John R. Miscia was born and raised in Madison and is a graduate of Madison High School and holds a Bachelor’s Degree and a Master’s Degree from Fairleigh Dickinson University, where he was inducted into FDU Athletics Hall of Fame for his time on the football field. He was a graduate of basic police class #26-01 at the Somerset County Police Academy where he finished top of his class before beginning his career with Bedminster Township Police Department in 2001 before he took a position with Madison in 2002. He is also a graduate of West Point Command & Leadership Academy, FBI- Mid-Atlantic Law Enforcement Executive Development Association, and the 496th Class of Northwestern University’s School of Police Staff and Command.

During his time with the Madison Police Department, Chief Miscia his rose through the ranks, starting out as a Patrolman and later moving to positions of Detective, Sergeant and Lieutenant in charge of the Patrol Division, Emergency Service Unit, and Internal Affairs before his appointment as Chief of Police. Chief Miscia spends this time giving back to the community where he is involved with youth sports and on the board of the recreation committee in his town.